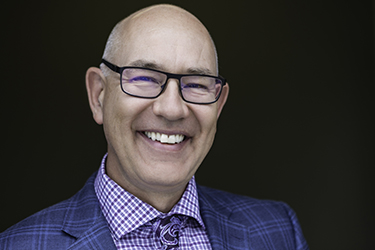 From Chemistry to Drug-Free Care

Previously a chemist, Dr. Frederick D.C. graduated from the University of Winnipeg in 1985 with a Bachelor of Science in Chemistry and Microbiology. His first encounter with chiropractic was listening to a chiropractor present a special doctor’s report. “I wasn’t a patient but just came to hear him explain what chiropractic was all about. I was 28 years old at the time and thought, ‘How did I never hear about this?’” He thought that chiropractic made perfect sense and liked that it’s natural.

“Once I learned what chiropractic was-the nervous system controlling the healing of the body-I realized it was an alignment with my belief system and core values.” Dr. Frederick D.C. was ready to take the plunge into chiropractic.

Unlike chemistry, chiropractic focused on the natural. “It just made sense to me that the body didn’t need a bunch more chemicals poured into it. It was capable of healing itself if you did the right things for it.”

He also belongs to Innate Legacy, a chiropractic training group. His entire team attends training with him every 4-6 months as a way to continually upgrade their skills.

Seeing the Remarkable Effects of Chiropractic

The greatest thing I see is the amazing ability of the body to heal. It’s phenomenal how powerful the human body is.

When he’s not at the practice, Dr. Frederick D.C. enjoys spending time with his wife. Their three children are grown, and their oldest daughter works at the practice. His hobbies include curling, hockey, golfing, canoeing, backpacking, woodworking, archery and going on wilderness expeditions.

Our goal is for you to leave our office with a memorable and enjoyable experience, which is why our welcoming and compassionate staff will do everything they can to make you feel right at home.